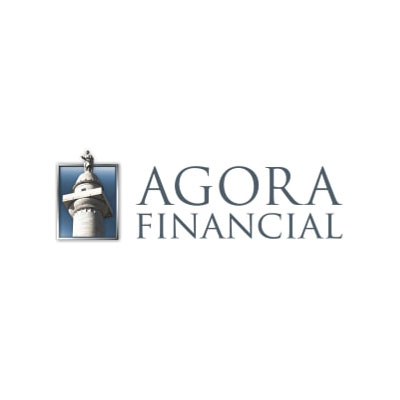 (This interview originally appeared in the January, 2014 edition of Capital & Crisis.)

Mark Boyar has been at the investing game since 1968. He’s been publishing his Asset Analysis Focus since 1975 and managing money since 1983.

All that time in the ring makes him especially equipped to spot the absurdities, paradoxes and opportunities of today.

When we spoke, he was in the midst of preparing his annual Forgotten Forty Report, which profiles stocks he thinks will beat the market over the next 12 months. In 2012, Boyar’s 40 favorites rose 28% on average. And the crop for 2013 is up 33% as I write. Over the last 10 years, the returns on the Forgotten Forty have beaten the S&P 500 by more than 50%.

Mark is an old-school stock picker and an inspiration to me in my own efforts. I thought it would be a good idea to get him to share some thoughts on the current market with us. I also asked if he would give us his favorite idea. Happily, he agreed on both counts.

Mark and I were speakers at the last two Value Investing Congresses in Las Vegas and New York, respectively. His New York presentation was about lessons learned from 40 years of investing. I enjoyed it.

Here is Lesson No.1, the most important lesson of all:

You can purchase the best company in the world, but if you do not buy it at a reasonable price, you will not compound your capital at an acceptable rate of return.

Mark’s presentation then took a little stroll through market history from the 1960s to now, recounting the failures of overpriced stocks. For Mark, as for me, buying cheap is a top priority.

So I had to ask him what he made of this current market, which is a frustrating one for those of us who don’t like to pay up for stocks.

“I don’t think the market is going to fall out of bed real soon,” Mark began. “But you gotta have one foot out of the door and you have to start paring back certain positions. Having a fair amount of cash is not a bad idea, either. We haven’t had a correction in, what, 25 months?”

It’s been so long I forget what one feels like. (A correction is when the market falls 10–20% from its peak.) Anyway, it was good to hear him say this, because I’ve been telling you much the same thing in these pages.

Mark says, “What we have now is a stock picker’s market.” There are no easy themes or sectors. The only way to find value is “the old-fashioned way, company by company.”

I expressed some frustration with this market, which seems neither terribly overvalued nor cheap. It is picked over, like a blueberry bush in late summer.

“It’s frustrating,” Mark agreed. “And this is the kind of market that can get you into a lot of trouble. This is much more difficult than a market that is really undervalued or really overvalued. You’re in no man’s land now. I think investors have to be careful about what they buy and not worry about trailing the market or worry because they are not doing as well as Joe down the street.”

He talked about the tendency of investors to slacken their standards as the market climbs higher. Individual investors especially start to feel more comfortable about getting in the market. And you’re starting to see more inflows into stock funds and outflows from bonds. Mark thinks the market will grind higher in the short term, if only because of this “late money.”

“Historically, the individual investors come late to the party,” Mark says. “They get there, but they’re late. I think there are a lot of people that bailed out in 2008 and 2009 and now see what they’ve missed.”

Time dulls the pain of losses. And investors are quick to forget. So they trundle back into the market and try to make up for lost ground. They get careless, drop their gloves and wham — they are on the canvas looking at the lights!

Having said all that, there are still things to do. And Mark has certainly found some interesting stocks. I asked him about the Forgotten Forty.

It’s a simple concept. Mark told me his firm has a whole bunch of stocks in its universe, maybe 200 or 300. And through the years, his firm, Boyar Research, has written reports on these stocks. Every year, Mark and his team go through the list and pick the 40 best ideas they have for the year ahead.

Normally, Mark’s approach is to look three–five years out. In the Boyar Value Fund — BOYAX, up 23% in 2013 as I write — Mark holds onto his stocks with tireless talons of steel. The turnover is just 5% a year. This implies an average holding period of 20 years! Unrealized gains, Mark told me, probably represent 70% of the value of the fund.

“We are reluctant sellers,” Mark said, understating things. “We sell only when things really eclipse the valuation we put on these companies.” The Forgotten Forty are different, although names do overlap.

For the Forgotten Forty, the stocks have to have some sort of catalyst that ought to drive them past the S&P over the next 12 months. The question Boyar and team ask themselves is what’s going to make the stock rise in value?

As I mentioned, Mark and his team were in the middle of culling their list to the best 40 ideas when we talked. Nonetheless, he did tell me about his favorite idea now, with the fair disclaimer that it may or may not be in the final report.

“Madison Square Garden is a company whose intrinsic value, we believe, is mid-$80s, and the stock is $55 per share,” he said.

It’s not just the world’s most famous arena, Mark points out. It has its own cable network. It owns the Knicks and Rangers. It owns a number of concert venues. “If you take their assets and mark them to market, you come up with over $80 per share,” Mark said.

Value alone is not enough for the Forgotten Forty, though. “One of the things I always say to my analysts is you can own the best company in the world, but if it’s not going to go up, it’s not going to do you any good,” he said. “So what’s going to make MSG go up? What’s the catalyst?”

Mark said there are a number of triggers with MSG.

First, MSG recently finished its renovations on the Madison Square Garden arena. It has sold out all its luxury boxes and is full to capacity. With that done, Mark estimates MSG will throw off free cash flow of over $300 million next year. And there is really no use for that money anymore within the business. MSG also has no debt.

“So you have a debt-free company that owns a significant amount of real estate and $300 million in free cash flow,” Mark says. “If they were smart, they wouldn’t do anything but pay a dividend and buy back stock.”

“All MSG has to do is follow the Cablevision game plan,” Mark said. Pay dividends and buy back stock. Another alternative is to form a real estate investment trust, or REIT. This would allow MSG to escape corporate income taxes and would require it to pay out 90% of it earnings to shareholders. Such a move would boost the stock price.

“There is a whole host of things they can do to unlock value,” Mark said, summing up. “In this market, when you have a company trading at this big of a discount to intrinsic value, something clever should be done to increase the value of the stock.”

I have MSG in my Mayer’s Special Situations portfolio, where we picked it up three years ago for $23.55 per share. I think by the time I’m done with it, I’ll have a four-bagger at least.

MSG is a good example of Mark’s research in action and the kind of stocks he likes. I recommend grabbing a copy of the 2014 Forgotten Forty Report. If the track record is anything like that of the past, it will be money well spent. I look forward to it. (Mark has graciously agreed to send me a copy.)

Back to top Back to Newsroom Back to Blog