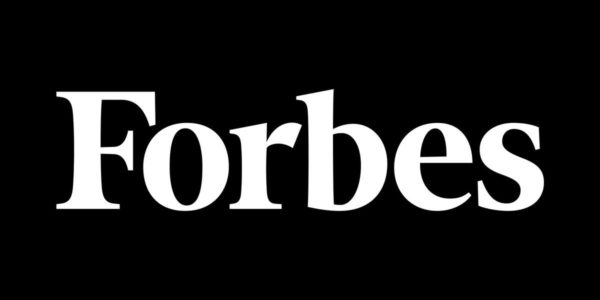 Jonathan Boyar was invited to become a contributor to Forbes. Below are the articles he has written thus far. If you would like to receive his latest articles as they are published (as well as other valuable content produced by the Boyar Value Group), please click here.

Value Does Not Have To Mean Cheap

It’s a scenario value investors dream about: a growing company whose shares are selling at a statistically cheap price. Of course, these types of stocks can be hard to find—and the search for them may lead you straight into a value trap. But just as a stock selling for a low valuation doesn’t always mean a bargain, a richly valued stock doesn’t always mean value investors ought to automatically look elsewhere. The Boyar Value Group recently identified one high multiple stock that may be worth paying up for. Keep reading to find out more.

A Brave Stock To Buy Before America Reopens 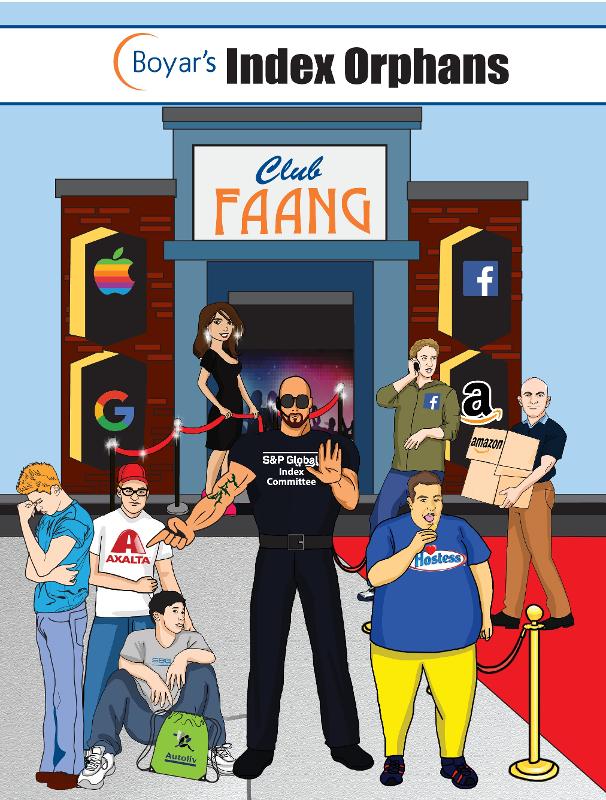 A discerning eye is the key to thriving in turbulent markets

The end of the decade-plus bull market has ushered in an era of substantial uncertainty. The deep sell-off in March 2020 was followed by a rebound that made up a lot of that lost ground. But the economic picture is far from rosy: The economy is shrinking and unemployment is heading to Depression-era levels. In these uncommon times, investors need to be particularly discerning about the securities they place in their portfolios.

Spinoffs Have Dramatically Underperformed. Here's How To Profit From Them 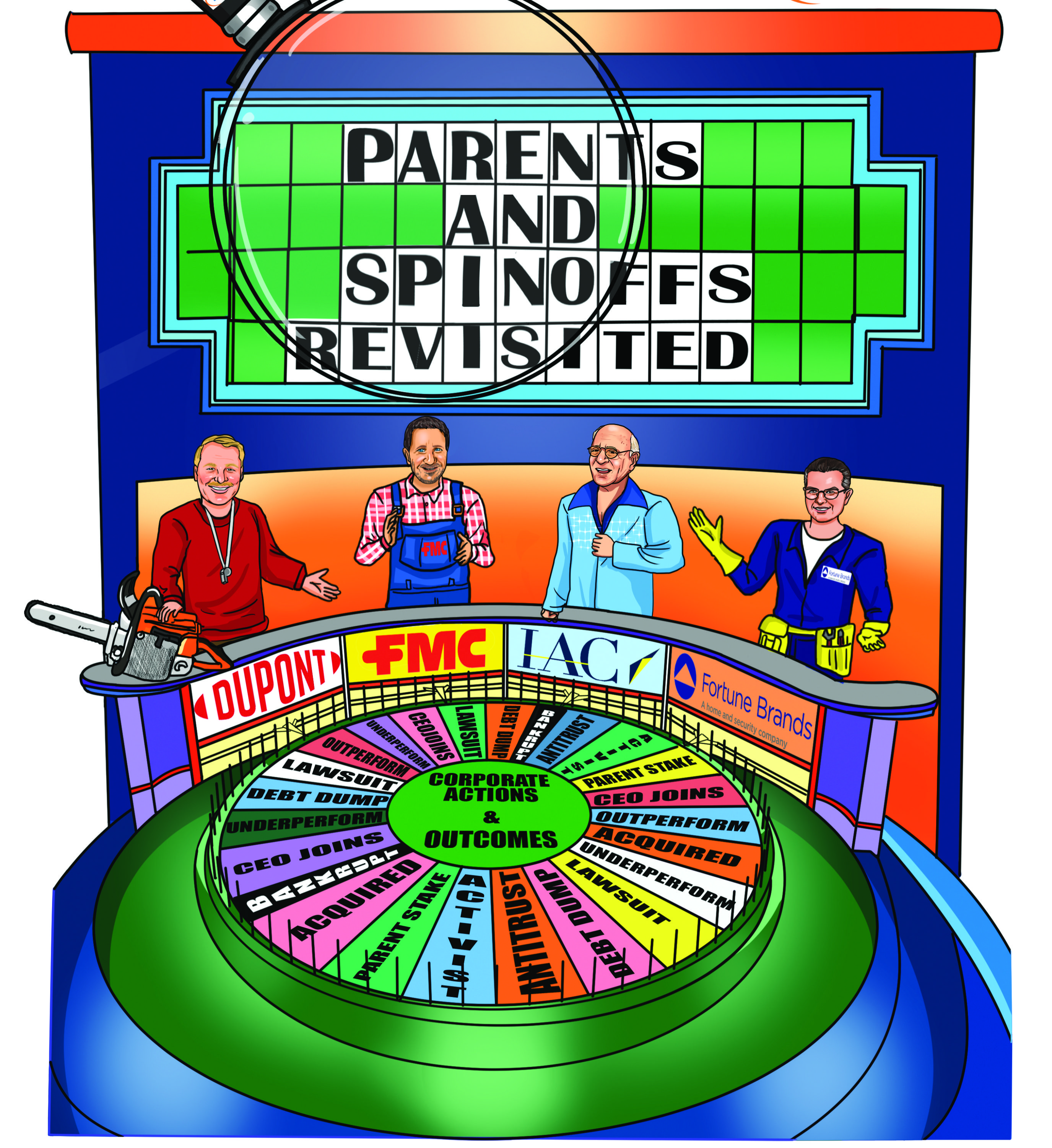 Historically spinoffs have been a dependable source of market beating investment ideas. Conventional wisdom says that spun-out entities have thrived when given the freedom to focus on their core products and services. At the same time, it’s hard for many investors to recognize the value of a division buried within the complex finances of an unwieldy conglomerate. After such an entity gets spun off, investors usually have an easier time valuing it more accurately. As a result, the sum of the parts of an entity ripe for spinoff can wind up exceeding the assessed value of the conglomerate in which they operate. 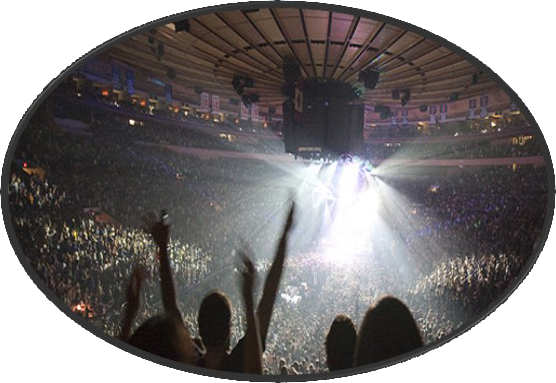 Sometimes I think of you as the Rodney Dangerfield of investing—investors just don’t give you the respect you deserve. They’ve gone so far as to assign a “Dolan discount” to entities you control—even though long-term shareholders of both Cablevision and Madison Square Garden (MSG) (my firm included) have been handsomely rewarded thanks to your shareholder-friendly actions. But your latest plan to build a concert/entertainment venue, the Sphere, in Las Vegas for $1.2 to $1.7 billion (and that’s just for the Las Vegas version) makes me wonder whether a “Dolan discount” is beginning to make sense.

Is CVS A Value Trap Or A Fallen Angel Ready To Rise Again? 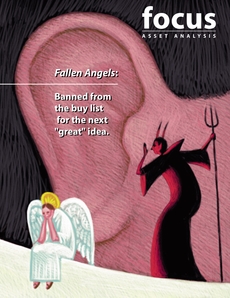 We love searching for value among former Wall Street darlings that are now unwanted and unloved. In the same way herd behavior can push a company’s share price to insane heights, investors also can move in the opposite direction when a formerly high-flying company falls out of favor. In those cases, investors will often either leave the stock for dead or decide they can’t stick around to see whether the management can turn it around. As those investors move to the sidelines, share prices fall even further. Investors who can spot these opportunities and have enough patience to let things play out (and stomach paper losses) can find great bargains among these fallen angels of Wall Street. This article explores whether CVS is a “fallen angel” ready to rise or a value trap.

Spotting Investment Opportunities in Out of Favor Industries 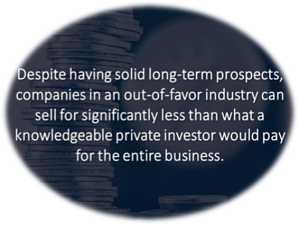 Over the long run, stock markets are fairly efficient. In the shorter term however, valuations can go to extremes both on the low and high sides. Investors usually create these anomalies by piling into whatever is currently in vogue and indiscriminately selling whatever is out of favor. For example, in 1992, a bubble in the pharmaceutical industry popped. On average, drug stocks lost 40% of their value as growth slowed and profits began to erode due to increased discounting and generic competition. Another shoe dropped when the Clinton administration attempted to enact healthcare reform, and investors began questioning the long-term profitability of the pharmaceutical industry. In this article, we discuss an industry that is currently out of favor, creating opportunities (in our opinion) for long-term patient investors.

Value Hides In Plain Sight: Understanding Hidden Assets And How To Find Them02/12/2019 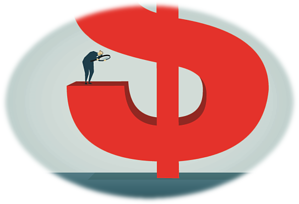 Since I was a kid, I’ve heard my father tell a story about his daily commute to work. Every morning, he’ d walk by Tiffany & Co.’s flagship store on Fifth Ave and 57th Street. He knew investors were attracted to the company’ s strong brand, but were they getting the whole story? In particular, my father wondered whether Tiffany owned it’s iconic Manhattan property. His curiosity finally got the better of him, leading him to dig into the company’ s filings. That task took a bit more legwork in the 1970s than in today’ s digital world, but he finally discovered that yes, the company did own the building. In fact, the company’s real estate was worth more than its entire market capitalization. At The Boyar Value Group, we refer to certain assets such as buildings as “hidden assets” as they can be understated, obscured or even missing from a company’ s balance sheet due to generally accepted accounting principles. In this article, we discuss two publicly traded companies that currently have “hidden assets”.

Two Simple Techniques Individual Investors Can Use To Outperform The Pros 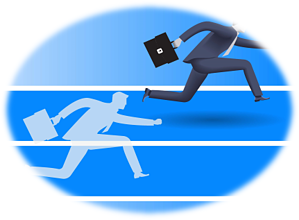 Professional investors have teams of analysts who scour the world looking for investment ideas, databases full of historical investment information, and in many instances access to the CEO’ s of the companies they invest in. However, individual investors have advantages over the professionals that they can exploit to help them outperform. In this article, we detail two simple techniques smart investors use that individuals can also utilize to try and outperform the pros. 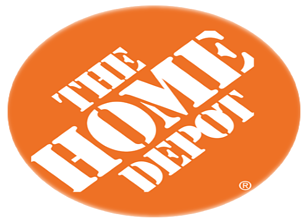 What separates a good business from a great business? Home Depot cofounder Ken Langone believes it all comes down to people. On The World According to Boyar podcast, Jonathan Boyar sat down with Ken to ask how he had found his path to becoming a successful businessman: Had he glued his eyes to the market? Had he stayed up nights endlessly crunching the numbers? In the interview, Ken emphasizes that two of the most important determinants of business’s success is retaining the right people and having the guts to push the envelope, because, as he said, “the world belongs to risk-takers.” After the interview, I jotted down 5 behaviors every business person should adopt. You can find them by clicking below. 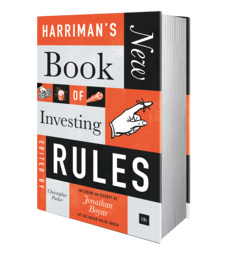 with a chapter by Jonathan Boyar.